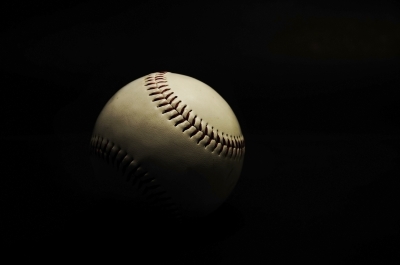 Baseball is a great game full of rich history and countless memorable moments. It is enjoyed by people of all ages, both young and old, men and women, and by many different cultures. I had the privilege of playing baseball all through my college career and loved it. I was talking to an older gentleman the other day who heard me making some prospect business calls. On one particular call, the prospect that I was speaking to said that they were not open to other ways of making money. When I hung up I made the comment, “Next!” The older gentleman said to me, “keep punching and don’t give up!” We went on to talk about baseball; the upcoming season and how much money some players are making who have had both good and bad years. It was at that point that I thought about how Success is very similar to  Baseball!

How Success is similar to Baseball…

Baseball is one of the few sports where you actually fail more times than you succeed! How crazy does that sound? In Football if a quarterback completes less than 50% of his passes, he is said to not be an accurate quarterback. Basketball is the same way. In baseball If a player gets a base hit 3 times out of 10 he is considered a very good hitter. Think about that, he gets a base hit only 30% of the time. The rest of the time he either strikes out or hits the ball to a defender who catches it for an out. Furthermore, the player who hits .300 will make millions of dollars compared to the player who only hits .200. Do you realize that the difference in the number of times the two players get a hit in 10 chances is 1? One player makes millions while the other player struggles to stay in the Major Leagues. The only difference is literally one hit more! Success is similar to baseball in that you will fail more times than you succeed. There is no other way around it. The problem is that we are taught at a young age that failure is not a good thing. When you were in school, you got graded A, B, C, D, and F. “F” was a failing grade that everyone tried to avoid. But is getting an F really a failure? What if you still learned something? You did not really fail, but you learned something that will enable you to keep progressing to eventually get something other than an “F.” It is in the failures that we learn the most. Failure makes us step back and really evaluate what we are doing and gives us the opportunity to make adjustments for improvements. The people who don’t succeed are the ones who quit because the failure was too much for them and they wanted success to happen quicker. The reality is that people succeed by failing their way there! They fail and then learn from it, or as some people say: try, fail, and adjust.

If star baseball players can fail 7 out of 10 times and still have a great attitude and love for the game, can you fail, pick yourself up, and keep on moving towards your dreams?

I know you can!

Don’t forget to grab my FREE 10 Day Blueprint video series to learn more success principles that will help you in business, career, and life! See you there!!